On May 23, 1992 in Palermo it is hot. It is a sultry Saturday that heralds an equally sultry summer, a day like many others, in which the only relevant news is the fifteenth ballot for the choice of the President of the Republic , with Parliament still on the high seas.

At 17.58 the radio connected to the frequencies of the police gave the news: there was an explosion on the A29 motorway , near the Capaci junction in the municipal area of Isola delle Femmine and a few kilometers from Palermo . The information is scarce, but the conversations are becoming more and more intense: “There was an attack. There are dead and wounded, it is hell ”. The journalists who arrive at the scene, guided by helicopters and the flashing lights of the police, find themselves in front of a hellish scene: the stench of the explosive clogs the lungs, the dust can be cut with a knife. Five hundred kilos of TNT devoured the asphalt, opening a chasm of tens of meters.

THE RECONSTRUCTION - The anti-Mafia magistrate Giovanni Falcone has turned 53 for five days . Like every weekend he is returning to Sicily from Rome . The service jet departing from Ciampino airport arrives at Punta Raisi airport around 5 pm after a 53-minute journey. However, someone observes his movements and that of the escort: it is the boss Raffaele Ganci , who followed all the movements of the policeman Antonio Montinaro , the foreman of Falcone.

Falcone drives a white Fiat Croma with his wife and colleague Francesca Morvillo beside him, while the judicial driver Giuseppe Costanza sits in the back seat. In another brown Croma Vito Schifani gets behind the wheel, alongside the chosen agent Antonio Montinaro and Rocco Dicillo at the rear, while in the blue Croma there are Paolo Capuzza , Gaspare Cervello and Angelo Corbo . Thus the procession begins and takes the A29 motorway towards Palermo: the brown Croma at the head, then the white Croma and the blue Croma at the rear.

Behind them Gioacchino La Barbera keeps in telephone contact with Giovanni Brusca and Antonino Gioè (head of the Altofonte family), stationed on the hills above Capaci.

"Antonino Gioé tells me: gradually. He tells me three times. At the third time I activate the remote control". It is Giovanni Brusca, placed on the hill overlooking Capaci, who unleashes hell on the highway . The explosive charge prepared by the blaster Pietro Rampulla - 500 kilos of TNT placed inside drums in a drainage tunnel under the highway - makes all the cars fly.

The brown Croma is fully hit and thrown into a garden of olive trees more than ten meters away, instantly killing agents Montinaro, Schifani and Dicillo. Firefighters will need shears and blowtorches to free the bodies. 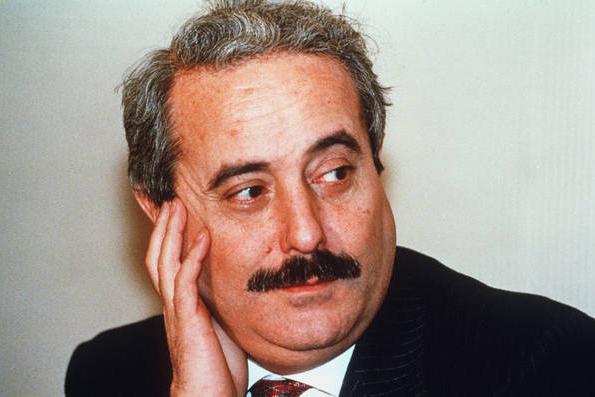 Falcone's car crashes into the concrete and debris wall suddenly raised by the blast. The judge and his wife , who are not wearing seat belts, are thrown violently against the windshield . Falcone dies after an hour and seven minutes in the arms of Paolo Borsellino. Morvillo around 10pm.

The agents of the third car, the blue Croma, were injured and finally resisted, and another twenty or so people were miraculously saved who at the time of the attack found themselves passing by car on the site of the massacre.

Thirty years ago what one of the performers, Gioacchino La Barbera, called "the attacker" closes the accounts with the man who personifies the symbol of the fight against Cosa Nostra .

THE MAFIA WANTED HIM DEAD - Giovanni Salvatore Augusto Falcone , at the time director of criminal affairs of the Ministry of Justice, was the man able to unhinge the system that in the race for power had killed magistrates, journalists, investigators , the president of the Region, Piersanti Mattarella , the prefect Carlo Alberto Dalla Chiesa , the regional secretary of the PCI Pio La Torre . With the contribution of dozens of collaborators starting with Tommaso Buscetta, Falcone has reconstructed its military and top-down structure, has identified executors and principals of the great slaughter of Palermo, has widened the links of relations between Cosa Nostra and power.

He was not alone: with Paolo Borsellino and the other members of Antonino Caponnetto's pool he instructed the maxi-trial and sent to trial an army of 474 defendants . The accusatory system, strengthened by the revelations of Buscetta and a crowd of collaborators, holds up to the Supreme Court . But the sentence that decrees the defeat of the bloody and ruthless line of the leaders of Cosa Nostra opens the way to the massacre season. And Falcone knows it well: "Now the worst comes", he says after the sentence. And in fact 57 days later Capaci will be up to Borsellino.

THE TRIALS - The sentences on the Capaci massacre illuminated the operational criminal area and the motives , if they can be defined as such: the "feeling of revenge" of the Cosa Nostra leaders against a magistrate who had attacked the mafia and had demolished it historical impunity. The attempt to stop him in his last post at the Ministry of Justice. And the project by Totò Riina and his colonels to give a terrorist character to the deadly challenge to the state.

The operational level of the massacre of 23 May 1992 was hit since the first trial concluded on 26 September 1997 with 24 life sentences and lesser sentences for five collaborators (Salvatore Cancemi, Mario Santo Di Matteo, Calogero Ganci, Gioacchino La Barbera, Giovan Battista Ferrante) . Five other life sentences were added on appeal but after two cancellations the Supreme Court confirmed the responsibility of Totò Riina, Bernardo Provenzano, Francesco and Giuseppe Madonia, Pippo Calò, Pietro Aglieri and the other members of the "dome" . Before the sentence on Matteo Messina Denaro on 21 July 2020, the Court of Assizes of Appeal of Caltanissetta had confirmed the life sentence of four other defendants - Salvatore "Salvino" Madonia, Giorgio Pizzo, Cosimo Lo Nigro and Lorenzo Tinnirello - and the acquittal of Vittorio Tutino.

What remains to be clarified is the part played, before and after the massacre, by investigative apparatuses and pieces of the state who allegedly kept open a "dialogue" with the bosses in view of a truce . It is the idea of a "negotiation" which, however, has not found support in court.

After thirty years, the trial has not yet been concluded but is in its final stages.

Non-repayable grants up to 20 thousand euros

Cocaine for one million euros buried in the Lattari mountains

The Marmolada tragedy: the number of missing people rises to 16. You are the dead

Identified almost all the victims, the DNA is compared with family members
savona

Her body was in the house, his body on the side of the road
belluno

A huge block of ice collapses on the Marmolada, 6 dead and 15 missing: "There are hardly any survivors"

The avalanche overwhelms two ropes of climbers, witnesses: "We heard a roar". At the top reached the record temperature of 10 degrees
drills

Tourist disappears during a trip: found dead at the bottom of an escarpment

Excursion ends in tragedy on the island of Marettimo. The victim is a 57-year-old who hasn't been heard of since Friday
Naples

Set on fire while video calling his girlfriend, it's serious

He suffered serious burns, is in a pharmacological coma
stopped

On site the fire brigade, the 118 health workers and the carabinieri
vicenza

Asks for assisted suicide: "I want the right to die"

Laura Ziliani, the former policewoman killed for the inheritance: "Stunned with a drugged muffin"

Spotted by a helicopter, hundreds of people had looked for him
turin

The murder of Massimo Melis, in the courtroom the videos accusing the bartender

The accused, according to the Prosecutor's Office, killed the 52-year-old of Sardinian origin to take revenge on the woman with whom he had had an affair
×